Nuzzle is another tool that curates an overwhelming Twitter feed by summarizing the most popular links shared by those you are following.  Even if you don’t have time to scan your TweetDeck columns, Nuzzle will quickly give you links to the most popular articles and blog posts shared by the people you follow on Twitter.  Nuzzle also shows you which Twitter users shared the article.  Nuzzle can also give you a summary of shared links from Friends of Friends if you want a bigger picture of what is trending on Twitter.  Using Nuzzle is very easy–just sign in with your Twitter account and it automatically scans your Twitter Feed and displays the most popular shares.  Each shared article includes a Tweet button that allows you the option of Tweeting a link to the article yourself.

If you prefer to use a mobile device, Nuzzle also has an iOS and Android app.  Nuzzle can also be configured to send you daily email digests contianing the most popular Tweets. 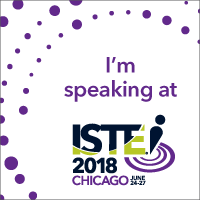